Barry investigates a meteor crash outside Central City that turns out to be a spaceship from which aliens emerge. Lyla tells the team that the "Dominators" landed previously in the 1950s, but then mysteriously departed. Needing help, Barry assembles the original Team Arrow, Thea, the Legends, and Supergirl of Earth-38. The team begins training at a S.T.A.R. Labs facility, sparring against Supergirl to prepare against the aliens. Cisco finds and reveals a message to Rip Hunter from Barry's future self, which exposes Barry's manipulation of the timeline and how it affected other team members. Oliver, Supergirl, Felicity, Martin and Jefferson become the only ones who still trust Barry. The Dominators abduct the President. Supergirl leads most of the others in a rescue effort, but the Dominators kill the President and trap them with a mind control device. The controlled heroes return and attack S.T.A.R. Labs. While Oliver holds them off, Barry lures Supergirl to the device and manipulates her into destroying it, freeing everyone. The team decides to trust Barry again. Suddenly, Sara, Ray, Diggle, Thea, and Oliver are teleported away before Barry can intervene.

This episode begins a crossover that continues on Arrow season 5 episode 8 and concludes on Legends of Tomorrow season 2 episode 7. 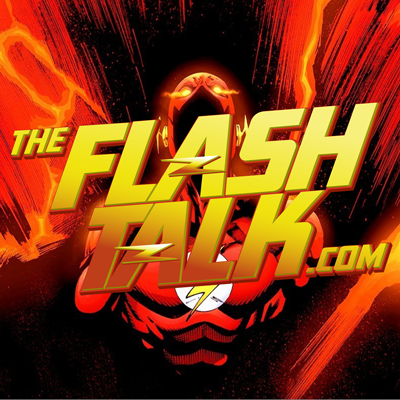 17m ago17m ago
Subscribe
Unsubscribe
매달
Jim and A.Ron review each week's episode of HBO's Game of Thrones and your feedback.
A
African Tech Roundup

3d ago3d ago
Subscribe
Unsubscribe
주마다
DLC is your weekly audio tour of the latest in video games and tabletop entertainment. Hosts Jeff Cannata and Christian Spicer are joined every week by the best damn gaming experts on the planet as well as YOUR phone calls! Disagree, Like, or Comment by Direct Live Call-in or in the Designated Lobby Chat! It is the gaming show Decided by Listener Contribution. DLC, the Digital Lifestyle Companion for gamers who Don't Like Cynicism. Hosted by Christian Spicer & Jeff Cannata.
T
The Talking Dead - A podcast dedicated to the AMC TV series The Walking Dead

2h ago2h ago
Subscribe
Unsubscribe
주마다
A fan podcast dedicated to the AMC TV show, The Walking Dead
D
DumTeeDum - A show about The BBC's The Archers

22m ago22m ago
Subscribe
Unsubscribe
주마다
DumTeeDum is a weekly podcast about The Archers that features Roifield Brown and fans of the Archers. See acast.com/privacy for privacy and opt-out information.
W
What To Watch

14m ago14m ago
Subscribe
Unsubscribe
매일
What To Watch is Entertainment Weekly's daily guide to the shows that should be on your radar -- be it network, cable, premium or streaming! Hosted by Gerrad Hall.
500개 이상의 주제를 청취