Mxyzptlk, an imp with powers to manipulate reality, proposes marriage Kara, who refuses, making him take it as a challenge. Mon-El suggests killing Mxyzptlk, which she rejects. Mxyzptlk summons Parasite to attack National City before killing it in order to impress her, failing. Mon-El inadvertently reveals that another way to remove imps is by getting them to say or spell their names backwards. Later, Winn discovers a device in the DEO's collection that is connected to the fifth dimensional energy that Mxyzptlk draws power from. Mon-El attempts to use it to duel with Mxyzptlk to the death. Mxyzptlk eventually gains the upper hand and tries to kill Mon-El, only for Kara to arrive and agree to marry him. He later arrives at the Fortress of Solitude for his wedding, but Kara states that she will not marry him. Angered, he attacks her, but she stops the battle by locking the fortress down and activating the self-destruct sequence. Mxyzptlk begs for the code to stop the countdown but, after inputting the code, realizes that it spells his name backwards and is defeated. Mon-El and Kara develop romance. Meanwhile, Winn starts dating Lyra Strayd, an alien from Starhaven. 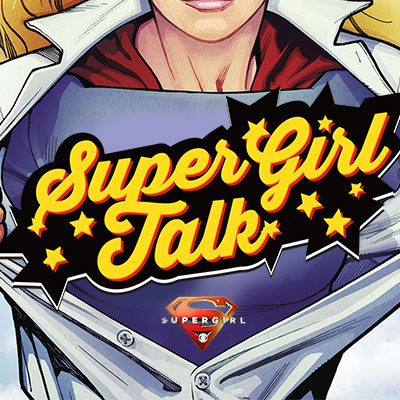 24m ago24m ago
Subscribe
Unsubscribe
주마다
In a unique weekly podcast, Edith Bowman sits down with a variety of film directors, actors, producers and composers to talk about the music that inspired them and how they use music in their films, from their current release to key moments in their career. The music chosen by our guests is woven into the interview and used alongside clips from their films. https://twitter.com/soundtrackinguk https://www.facebook.com/Soundtrackingwithedithbowman/ https://play.spotify.com/user/soundtrackingwi ...
T
The Chernobyl Podcast

14d ago2w ago
Subscribe
Unsubscribe
매달
The official podcast of the miniseries Chernobyl, from HBO and Sky. Join host Peter Sagal (NPR’s “Wait Wait...Don't Tell Me!”) and series creator, writer and executive producer Craig Mazin after each episode as they discuss the true stories that shaped the scenes, themes and characters. Chernobyl airs Mondays at 9 PM on HBO and Tuesdays at 9 PM on Sky Atlantic. The Chernobyl Podcast is also available to stream on HBO NOW and HBO GO starting Monday, May 6 at 10 PM.
B
Bedtime Stories

1M ago5w ago
Subscribe
Unsubscribe
매달+
Turn off the lights, get into bed and plug in your earphones. It's time for a creepy bedtime story. For the discerning horror fan, we cover the most chilling cases from around the world. From the paranormal to the supernatural, unsolved mysteries and strange deaths to cryptids, conspiracy theories and the most disturbing of true crimes, all told in a unique and creepy way. Join us every week for a new scary story. bedtime.stories@outlook.com
P
Phones Show Chat

1d ago1d ago
Subscribe
Unsubscribe
주마다
Show notes are at https://stevelitchfield.com/sshow/chat.html
D
DumTeeDum - A show about BBC Radio's 'The Archers'

7d ago1w ago
Subscribe
Unsubscribe
주마다
DumTeeDum is a weekly podcast about The Archers featuring fans of Ambridge. Hosted on Acast. See acast.com/privacy for more information.
I
I Was There Too

6d ago6d ago
Subscribe
Unsubscribe
주마다
If you're like Matt Gourley (Superego, Drunk History, Conan O'Brien Needs A Friend), then you know all the classic movie and television scenes so well it's like you were in the room when they happened. Well, you weren't. And neither was he. But the people Matt interviews were! Listen in as they tell the inside stories of how cinema and television history was made from a fly-on-the-wall perspective you've never heard. Hosted on Acast. See acast.com/privacy for more information.
500개 이상의 주제를 청취