Oliver, Diggle and Felicity privately track Prometheus, who starts killing seemingly random civilians with throwing stars. A news report on the killings causes tension in the city and angers the recruits, since they were not informed. Felicity steals one of the stars from Billy to examine. A pattern between the victims relates to Oliver's list from when he started out. This further angers the recruits, Evelyn most of all, as they did not know about Oliver's "kill list" from when he first returned. Felicity uses the pattern to predict future victims, and the team splits up. Evelyn encounters Prometheus and engages him, managing to cut his arm before being overpowered. Oliver then arrives, but Prometheus escapes. Meanwhile, Thea discovers that Quentin never quit drinking. Evelyn reconciles with Oliver, and Felicity tells Billy that she works with the Green Arrow, which intrigues him. She later tells Oliver that evidence she has discovered suggests that Prometheus could be an SCPD officer; Quentin is shown awakening from an alcohol-induced sleep with a slash across his arm and a throwing star in his possession. In flashbacks, during a Bratva operation, Oliver is abducted by Kovar's men and taken to him. 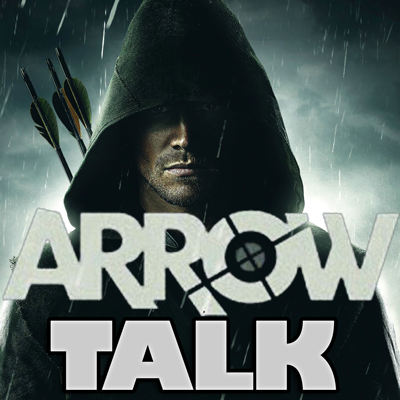 5d ago5d ago
Subscribe
Unsubscribe
매달
Jim and A.Ron review each week's episode of HBO's Game of Thrones and your feedback.
A
African Tech Roundup

33m ago33m ago
Subscribe
Unsubscribe
주마다
DLC is your weekly audio tour of the latest in video games and tabletop entertainment. Hosts Jeff Cannata and Christian Spicer are joined every week by the best damn gaming experts on the planet as well as YOUR phone calls! Disagree, Like, or Comment by Direct Live Call-in or in the Designated Lobby Chat! It is the gaming show Decided by Listener Contribution. DLC, the Digital Lifestyle Companion for gamers who Don't Like Cynicism. Hosted by Christian Spicer & Jeff Cannata.
T
The Talking Dead - A podcast dedicated to the AMC TV series The Walking Dead

2d ago2d ago
Subscribe
Unsubscribe
주마다
A fan podcast dedicated to the AMC TV show, The Walking Dead
D
DumTeeDum - A show about The BBC's The Archers

11m ago11m ago
Subscribe
Unsubscribe
주마다
DumTeeDum is a weekly podcast about The Archers that features Roifield Brown and fans of the Archers. See acast.com/privacy for privacy and opt-out information.
W
What To Watch

15m ago15m ago
Subscribe
Unsubscribe
매일
What To Watch is Entertainment Weekly's daily guide to the shows that should be on your radar -- be it network, cable, premium or streaming! Hosted by Gerrad Hall.
500개 이상의 주제를 청취