Episode 8 of the Utah Lacrosse Podcast features the Jac Coyne who is the Director of External Affairs for the Men’s Collegiate Lacrosse Association (MCLA). Coyne is in his third year in that role, where he is tasked with publicizing the association and helping to run much of its day-to-day operations. Coyne, a native of Wellesley, Mass., worked for US Lacrosse for 15 years as a writer for Lacrosse Magazine and an editor of its website. Prior to that he was a newspaper reporter and sports information director. He, his wife Kimberly and five children reside in La Crosse, Wis.

Coyne and I met back in 2010 when my brother and I went to Denver for the 2010 MCLA National Tournament. He showed me the ropes and I couldn’t be more grateful for it! We kept in touch and he helped me land a job with Lacrosse Magazine so needless to say I was thrilled when he was hired by the league. 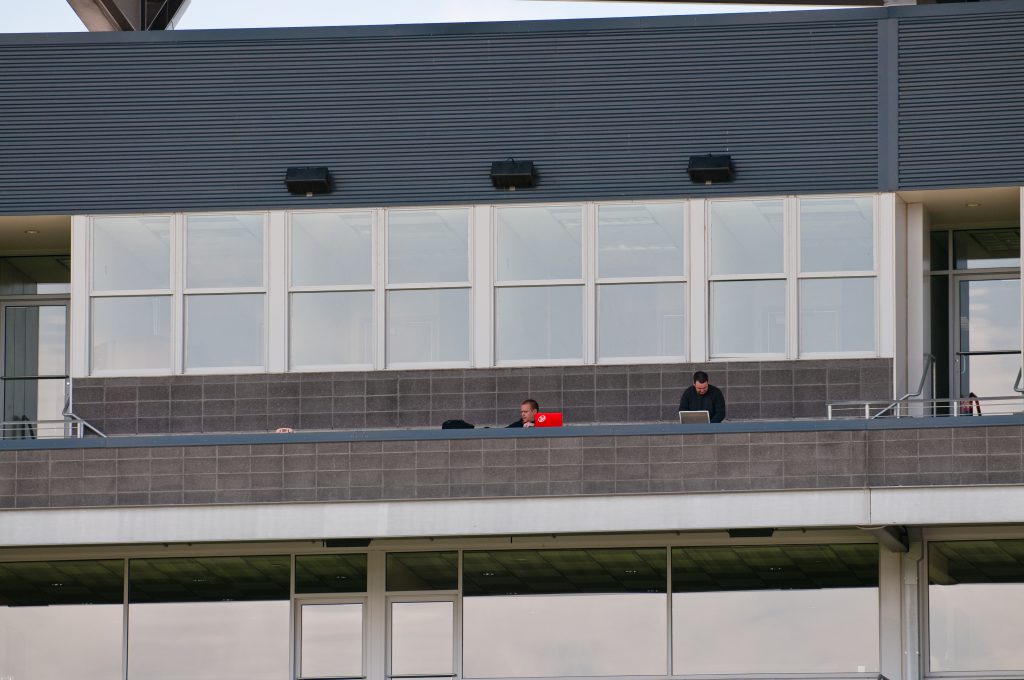 The picture above is me (on the left) and Jac (on the right) as shot from the field at Dick’s Sporting Goods Park in Denver as we were typing away in the press box.

Hope you enjoy the show.

23h ago23h ago
Subscribe
Unsubscribe
매일+
Spend the afternoon with the boys guilt free. Hang out from 4-7pm with Hayes, Noodles and the O-Dog
T
The Golf Podcast Presented by Golficity

5d ago5d ago
Subscribe
Unsubscribe
주마다
The Golf Podcast features all the latest golf news, instruction, and equipment from the point of view of real average golfers just like yourself.
R
R2C2 with CC Sabathia and Ryan Ruocco

3d ago3d ago
Subscribe
Unsubscribe
주마다
CC Sabathia and Ryan Ruocco guide listeners through the biggest stories in MLB, the NBA, and the NFL. They talk to friends, athletes, and celebrities about the world of sports and much more.
T
The Anik & Florian Podcast

3d ago3d ago
Subscribe
Unsubscribe
주마다
Jon Anik and Kenny Florian talk MMA, sports, pop culture, and whatever else they can think of. Join Anik and "Ken-Flo" as they break down the latest on-goings in the UFC, take listener calls, and interview personalities from all over the world.
T
The Rush Hour Melbourne Catch Up - 105.1 Triple M Melbourne - James Brayshaw and Billy Brownless

8h ago8h ago
Subscribe
Unsubscribe
매일
Triple M’s Rush Hour with James Brayshaw and Billy Brownless will get you home from 3-5pm Monday to Friday. They’ve got Melbourne stitched up, with the biggest names in town joining them in the studio every day. Plus your favourite segments like Billy’s Bake, what have you seen…unusual, the Idiot File & Billy’s Joke. If it bounces, rolls or scores in Melbourne, then these two characters will have it covered in ways only they can. Listen 3-5 weekdays on 105.1 Triple M Melbourne, 6pm Mon-Thurs ...
G
Greeny

12m ago12m ago
Subscribe
Unsubscribe
매일
Mike Greenberg brings his unmatched depth of sports knowledge, fun and entertainment back to ESPN Radio on a daily basis. ‘Greeny’ will keep the audience up to date on the never-ending breaking news in the sports world that matters most to his listeners. He’ll be joined regularly by the biggest names in the game covering all angles of the sports world. If it matters in sports, it matters to Greeny. This is the home for hourly podcasts of the show.
S
Sky Sports Cricket Podcast

22m ago22m ago
Subscribe
Unsubscribe
주마다
Sky's pundits analyse and debate the big stories emerging from international and domestic cricket. Join in the debate on Twitter @SkyCricket.
A
Around the Horn

12m ago12m ago
Subscribe
Unsubscribe
매일
Tony Reali and four reporters from across the country debate about the hottest issues in this sport of competitive banter.
F
Fighting Talk

2h ago2h ago
Subscribe
Unsubscribe
매달
A hilarious look at the volatile world of sport where guests compete for points with their sporting punditry. Informed comments are rewarded but witless outbursts are penalised.
T
The Rugby Pod

3d ago3d ago
Subscribe
Unsubscribe
주마다
The Rugby Pod with Andy Goode, Big Jim Hamilton & hosted by Andy Rowe is the most listened to Rugby podcast in the world. We cover all the latest news, rumours insight and stories, but with plenty of humour, opinions and the best guests from the game, including current and former internationals. Follow us on social media and send us in your questions to chat through each week.
500개 이상의 주제를 청취