The Reason Interview With Nick Gillespie « »
Will Bitcoin Billionaire Investor Michael Saylor End up at McDonald's? 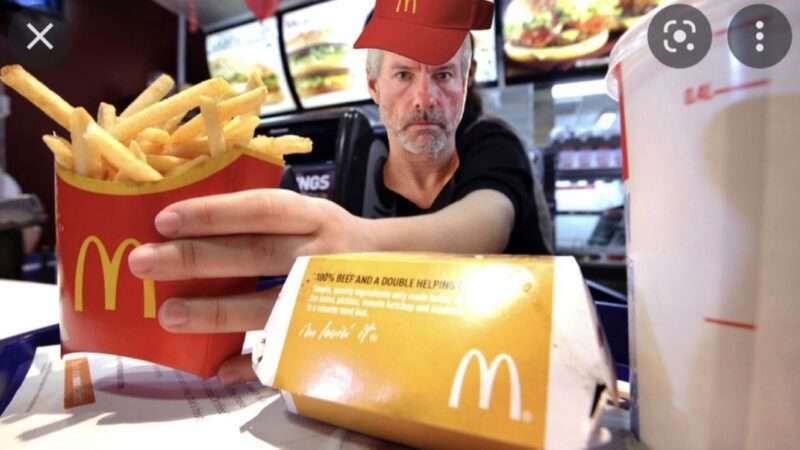 Back in April, I attended Bitcoin 2022, held in Miami, where I spoke with today's guest, who is the CEO of the publicly traded company that owns more bitcoin than any other.

Can you guess which company that is?

It's not Tesla, Square, or Coinbase.

It's MicroStrategy, which is based in Virginia and provides business intelligence, mobile software, and cloud computing. It owns about 2 1/2 times as much bitcoin as the next closet company, which would be Tesla.

The reason MicroStrategy is so long on bitcoin is because its 57-year-old billionaire CEO, Michael Saylor, had an epiphany in 2020, when COVID-19 had shut down most of the country. Bitcoin, he tells me, "is an approximation of a perfect monetary system because it is correct. It has no inflation in it. It's not corruptible because it's decentralized." He believes bitcoin is the last, best hope of creating an economy that is independent of the machinations of politics, central banks, and connected investors who rig the system to benefit themselves at the expense of regular people.

While the economy tanked due to external factors, Saylor directed MicroStrategy to keep buying bitcoin regardless of the price. The company is committed to "hodling" for the long term, a position Saylor believes in now more than ever as inflation takes hold.

And he's still saying that today, even as bitcoin has slid down to just $31,000 as I write this—down from its peak of almost $68,000 last November. Saylor's Twitter account is a beauty to behold, with him recently quoting Oliver Wendell Holmes to the effect that "youth fades; love droops; the leaves of friendship fall; A mother's secret hope outlives them all" and posting a picture of him working at a McDonald's saying it's "time to get back to work."

So bitcoin's bear market is actually a perfect time to release my interview with him from Miami in April, where he explains why he's all in on bitcoin, how his training as an engineer informs his worldview, and his belief that one thing holding back the mass adoption of a non-state-backed currency is a lack of clarity in how the U.S. government will regulate it.

Today's sponsor is Better Help, a licensed, online therapy service. Click here to get 10 percent off your first month as a Reason Interview listener.

The post Will Bitcoin Billionaire Investor Michael Saylor End up at McDonald's? appeared first on Reason.com.

9M ago38w ago
Subscribe
Unsubscribe
매달
What will it take to defeat Donald Trump in November? In season 2 of The Wilderness, Jon Favreau looks for the path to victory in 2020 by talking to voters, strategists, organizers, and candidates in the battleground states that will decide the election.
P
Pod Save the People

3d ago3d ago
Subscribe
Unsubscribe
주마다
Organizer and activist DeRay Mckesson explores news, culture, social justice, and politics with analysis from Kaya Henderson, De’Ara Balenger, and others. Then he sits down for deep conversations with experts, influencers, and diverse local and national leaders. New episodes every Tuesday.
I
Intercepted

19m ago19m ago
Subscribe
Unsubscribe
주마다
OPB Politics Now is a weekly podcast that takes a deep dive into the hottest political topics in Oregon and the Northwest. Every Friday, OPB’s political reporters and special guests offer in-depth analysis, discussion and insight into candidates, events and issues.
T
The Skepticrat