The Reason Interview With Nick Gillespie « »
Howard Mortman: Why Does Congress Pray Every Day? 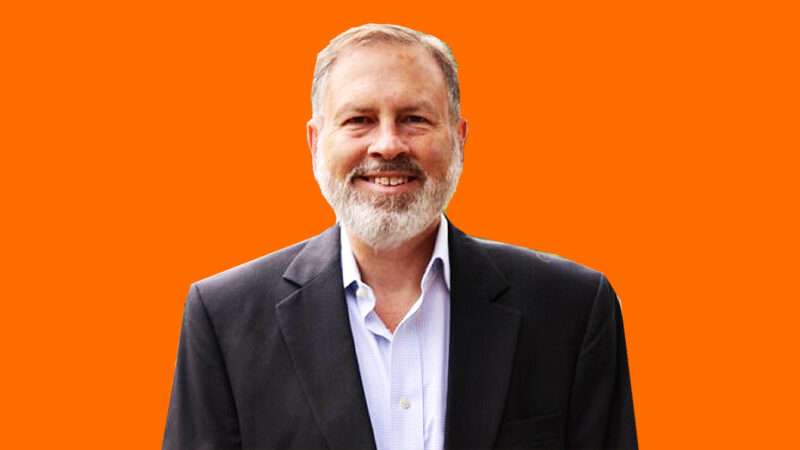 The United States may be a secular nation but Congress has begun every session since before there was a Bill of Rights with a prayer. In When Rabbis Bless Congress, Howard Mortman explores that weird tradition while paying special attention to Jewish religious leaders whose first appearance came in early 1860, when the pro-slavery, Swedish-born Morris Jacob Raphall addressed Congress weeks before Abraham Lincoln was sworn in as president. Raphall's exotic garb and anodyne invocations of divine blessings were received warmly by both Southern members and The New York Times.

"This is a book for lovers of congressional history, for junkies of congressional history," says Mortman, who tells Nick Gillespie that the content of the prayers adds up to an interesting, off-kilter history of the nation. From slavery and the Civil War to the Depression and World War II to Vietnam and women's rights, the addresses made by religious leaders are "mirroring what we as a country are experiencing."

For the past decade-plus, Mortman has been communications director for C-SPAN, the cable network that provides live coverage of Congress and a variety of related programming. He got his start working for the former congressman, Housing and Urban Development secretary, and vice-presidential candidate Jack Kemp, and was a producer at MSNBC's Hardball before the network's decision to go hard left. He also worked as a columnist and on-air host of an early web show for National Journal's Hotline.

In a discussion about the rise of the internet and decentralized news sources, he tells Reason that the past 25 years have seen constant change in legacy media and that The New York Times, NPR, and most cable news are rightly understood to be more biased than in the past. If outlets were more upfront about that and if they strove to be fair to views they disagreed with, he says, the loss of trust and confidence in media would be less worrisome. "If you're sleeping with elephants, you can't cover the circus," says Mortman, paraphrasing the old Times editor Abe Rosenthal. The rise of new voices and new perspectives is great, he says, but if you're going to build a strong reputation, you've got to be believed and respected especially by your opponents. Absent that, the result is cacophony and polarization rather than a vibrant public square of debate.

The post Howard Mortman: Why Does Congress Pray Every Day? appeared first on Reason.com.

11h ago11h ago
Subscribe
Unsubscribe
주마다
Every Monday, the libertarian editors of the magazine of “Free Minds and Free Markets”—Matt Welch, Nick Gillespie, Katherine Mangu-Ward, and Peter Suderman—discuss and debate the week’s biggest stories and what fresh hell awaits us all.
P
Payne's Politics

1h ago1h ago
Subscribe
Unsubscribe
주마다
Sebastian Payne takes you into the corridors of power to unwrap, analyse and debate British politics with a regular lineup of expert Financial Times correspondents and informed commentators. New episodes available every Saturday morning. Our GDPR privacy policy was updated on August 8, 2022. Visit acast.com/privacy for more information.
F
Face the Nation on the Radio

2h ago2h ago
Subscribe
Unsubscribe
주마다
Margaret Brennan asks the biggest guests the smartest questions. Hear official Washington on the firing line, on your schedule.
T
The Seen and the Unseen - hosted by Amit Varma

8m ago8m ago
Subscribe
Unsubscribe
주마다+
OPB Politics Now is a weekly podcast that takes a deep dive into the hottest political topics in Oregon and the Northwest. Every Friday, OPB’s political reporters and special guests offer in-depth analysis, discussion and insight into candidates, events and issues.
T
The Skepticrat