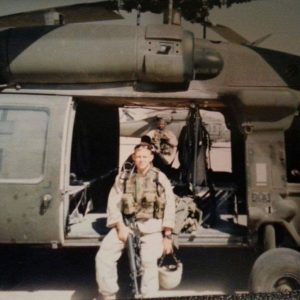 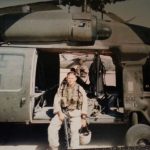 In this episode, Eric Kasimov chats with Lance Collins, a United States Army Combat Veteran with 15 years of military service. This conversation is all about decision-making, flexibility, and having a consistent philosophy.

Lance Collins is a leader at Pinnacle Financial Partners where he is a Financial Advisor and Area Manager, overseeing a team of advisors specializing in wealth management and financial planning. I’ve had experience with Pinnacle Bank both in business to business and as a consumer. And hearing about Lance’s story both with the military and as a leader, it was important to continue the conversation on this podcast. If we are going to spend time talking about decision-making, we absolutely need to learn from those that risked their lives for our country. Lance tells stories from his time in the United States Military–and those stories will help anyone learn how to become a better decision-maker.

The image for this podcast was taken at Baghdad airport in 2003. This is after the main push when the US military began to have an occupational force throughout the city. Lance’s squad was QRF (Quick Reaction Force) for the battalion. This squad got on the birds as reinforcements when a unit was taking heavy casualties or needed additional help to eliminate the enemy.

Thank you to Lance Collins for his service. And thank you for taking the time to listen to this episode titled, “Army Combat Veteran Talks Decision-Making with Lance Collins.”

You Better Have Flexibility in the Military and Business

Developing the Ability to Becoming a Better Decision-Maker

Making a Decision is Better Than No Decision

In the Military, Decision-Making is Life or Death

Expectations When Joining the Military

Focus on What You Can Control, Not the Outcome

Consistency in Messaging and a Core Philosophy

Do Not Compromise On Your Culture

KazCM is a content marketing team. We help business leaders tell their stories to those who care. Learn More.

Do you like sports and entrepreneurship? If so, we have a brand for you | Visit SportsEpreneur

Useful links from this episode:

Other links from this episode:

1h ago1h ago
Subscribe
Unsubscribe
주마다+
No BS Allowed - Are you sick of empty suits telling you just work harder? - Learn about The Maverick Selling Method, models the world's best salespeople and what they do differently. If you are in sales and have a passion for selling you will like this podcast. The focus is on b2b sales and selling. If are selling or in sales this podcast is for you. Some of the topics I cover are cold calling, spin selling, challenger sale, solution selling, advanced selling skills. strategic selling, linke ...
T
The Autoblog Podcast

42m ago42m ago
Subscribe
Unsubscribe
주마다
Your online home for leadership lessons for both the church and the workplace.
M
Modern Mentor

21h ago21h ago
Subscribe
Unsubscribe
주마다
Modern Mentor is your guide to leadership and communication, helping you craft a workplace environment you can feel good about. She’ll share tips to help you balance your work and personal life, effectively invest your time, and be mindful about where you’re devoting your energy. Let Modern Mentor help you navigate your path to success—however you define it.
B
Business Daily

21m ago21m ago
Subscribe
Unsubscribe
매일
The daily drama of money and work from the BBC.
W
Wake Up to Money

1h ago1h ago
Subscribe
Unsubscribe
매달
News and views on business and the world of personal finance. Plus the very latest from the financial markets around the globe
T
TED Business

13m ago13m ago
Subscribe
Unsubscribe
주마다
Whatever your business conundrum, there’s a TED Talk for that—whether you want to learn how to land that promotion, set smart goals, undo injustice at work, or unlock the next big innovation. Every Monday, host Modupe Akinola of Columbia Business School presents the most powerful and surprising ideas that illuminate the business world. After the talk, you'll get a mini-lesson from Modupe on how to apply the ideas in your own life. Because business evolves every day, and our ideas about it sh ...
E
Environment : NPR